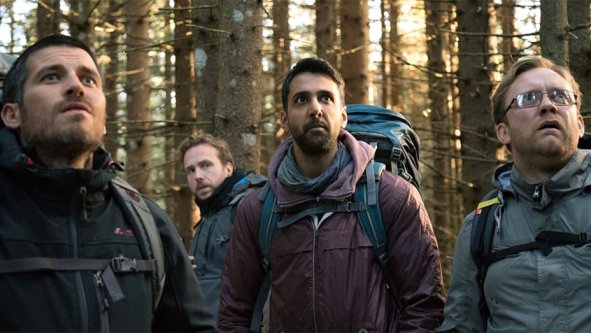 The Plot: A group of old college friends go on a hiking trip and when they take a shortcut into the forest they encounter a strange presence.

The Ritual feels like a classic horror but done in a new and interesting way. on the surface it may seem like just another friends get lost in the woods and get killed film, but its not. the film is filled with suspense and you are left questioning what is happening to them until the last act. The fact that the audience doesn’t even know whats happening allows us to connect with the characters more and understand what they are feeling.

The four main characters all have interesting personalities and great chemistry as a group of friends. we however start to see the cracks in their friendship as the film progresses. we also get to see the lead character Luke’s (Rafe Spall) go through the guilt and trauma of not saving his best friend life (which some of the other characters blame him for the death). by the end of the film however we get to see a man who is ready and willing to fight back to survive. I honestly found this one of the most interesting thing about the film, Luke’s character development was really well done.

if you are a fan of classic horror but tired of the same old formula I would highly recommend this film. lets hope for more Netflix horror films like this in the future.