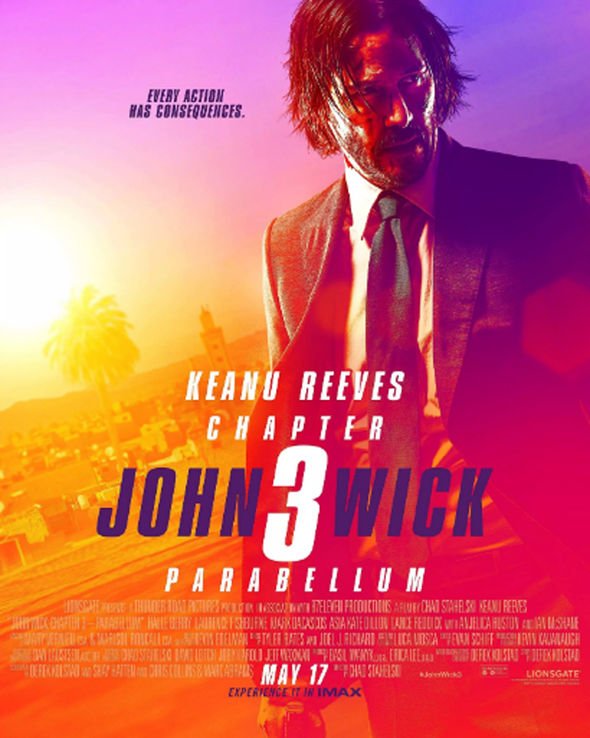 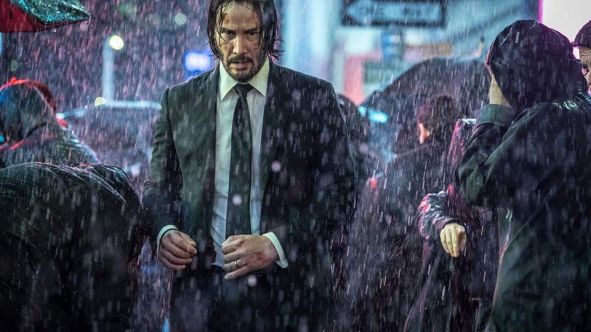 Plot: After the events of chapter 2 John Wick is on the run with a 14 million dollar contract on his head.

The film takes place straight after the end of chapter two with John running through the streets as the clock counts down to the contract on him being open. The plot of the film is interesting and with some twists thrown in leaving us unsure of who John is able to fully trust by the end of the film, the ending which leaves us wanting more.

For me this film was well shot the lighting was especially well done and set a great atmospheric tone throughout. most of the time the lighting was dim. the dark lighting could signify the unknown as the audience and John don’t know who’s out to kill him and who’s just another random person on the street. Stylistically this was probably my favourite John Wick film when it came to that, all the sets were beautiful.

This film has a lot of fight scenes which is to be expected considering John has a $14 million contract on him. For the most part I enjoyed these fight scenes, they were well choreographed and didn’t all feel like the same thing repeated over and over again. however at time I did feel like some of the fight scenes didi go on for slightly too long and could’ve maybe been cut down a little bit. With that being said I also think some of the fight sequences could of done with a score playing in the background, but thats just my personal opinion apart from that the action was great in the film, lots of great and unique kills.

For me the John Wick films always stood out because of how the action scenes were done and edited, this one is no exception. I love the fact that there are no quick cuts or shaky cam like in most action films these days. the action and fighting scenes are smooth and sharp throughout.

Johns character development is subtle in this film but by the final line that is said we can tell its there. John has been betrayed by one of his closest friends that he decided not to kill to earn his freedom. The causing John to question anyone he once trusted. The ending left John in a bad way but it looks like he will be getting help from Laurence Fishburne’s character the Bowery King. the ending left us wanting more and luckily we will be getting it as John Wick 4 already has the official release date of the end of May 2021.

To conclude this was a solid action film that is becoming one of the best action franchises of all time, so far there has not been a film that falls short. lets hope they continue that with chapter 4.

Thank you for reading